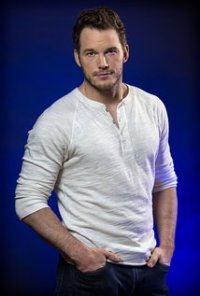 Chris Pratt is a acclaimed actor known for his roles in Guardians of the Galaxy, Jurassic World, and Parks and Recreation…Chris Pratt is now one of the most prominent actors, and rising action stars, but it wasn’t always like that. Pratt got his beginnings as a side character, often playing a big, dumb, sometimes funny guy. He was in the show Everwood, but his real breakthrough came from playing Andy Dwyer, a big, dumb, funny guy in Parks and Recreation. Pratt started this role as a guest star in the first season, but was so loved by everyone that he stayed on as a leading role for every prior season. Pratt always had dreams of being an action star, but was turned down for many roles such as Captain Kirk in the Star Trek reboot. Finally, in 2014 after coming off of the fame of The Lego Movie, he became a perfect combination of action and comedy star as Peter Quill AKA Star Lord in Guardians of the Galaxy. His career was skyrocketed at this point, later playing in Jurassic World and getting offers such as Indiana Jones… Pratt is personally one of my favorite actors. He is hilarious, but down to earth in a way that makes is silliness not feel forced. I am curious as to where Pratts career will go, he was able to break out of his big, goofy roles, but I am concerned he will continue to be typecast as the funny-tough-sarcastic guy now. He has a role coming in Passengers, playing opposite Jennifer Lawrence (who my next actor review is off) and I’m excited to see how he plays this!